We accomplished our top state policy priority by successfully advocating for the passage of historic state pension reform that will save Pennsylvania up to $20 billion over 30 years. The law also meets the key principles that we had been advocating for in a meaningful solution. It addresses the ever-increasing unfunded pension liability; provides for cost sharing and risk predictability between state employees and taxpayers; increases the overall funding certainty of the retirement systems; and provides adequate retirement security for beneficiaries of the plans.

The bipartisan reform was hailed by both the Washington Post and The Wall Street Journal:

Pennsylvania Governor Tom Wolf, Pennsylvania Speaker of the House Mike Turzai and the GPCC's Jenn Beer appeared on Our Region's Business to discuss the bipartisan effort that led to the passage of state pension reform legislation.

You can watch their interviews below:

The State Budget and our Priorities

Each year, the state budget process is an area that we pay particularly close attention to because of the number of significant issues that affect our agenda that are negotiated as part of this process. In the extremely challenging environment in which the 2017-18 budget was negotiated, we worked to ensure that there were no broad-based tax increases - and of particular note, no gross receipts tax, no severance tax and no back-tracking on our effort to increase the cap on Net Operating Loss (NOL) carryforwards.

Additionally, we worked to ensure and strongly encourage the funding of our state-related institutions, namely the University of Pittsburgh. Read GPCC President Matt Smith's letter to the editor in the Pittsburgh Post Gazette here. 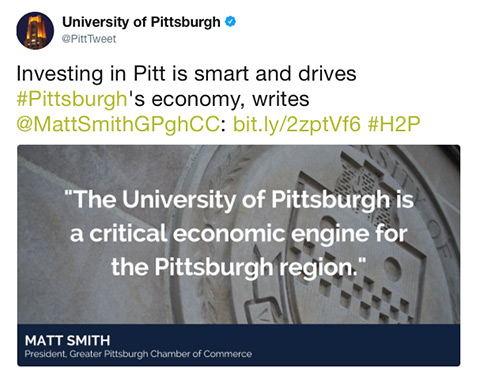 Senator Wayne Fontana, Senator Guy Reschenthaler and GPCC President Matt Smith appeared on Our Region’s Business to discuss the importance of the NAP program and the need to expand the tax credit so that it’s benefit can extend to even more communities across our region and state.

Watch the interview below: 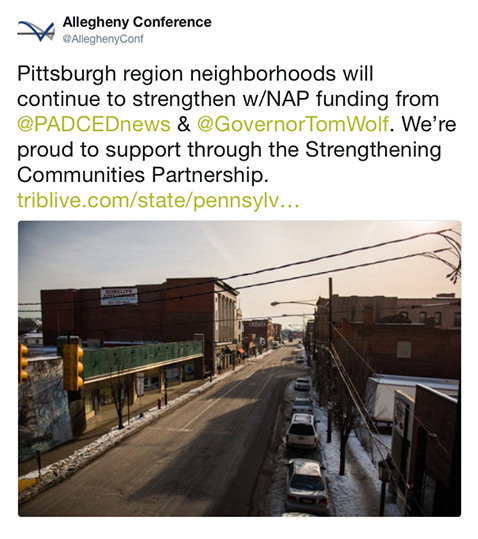